Posted on September 2, 2019 by delightfullypeculiar

I bought the Rome collection by Closet Case Patterns, as soon as it was released, because I felt all three pieces were really versatile and also a lovely capsule collection.

Some time ago, I sewed the Osaka dress from La Maison Victor magazine, in this lovely  cotton poplin by Minerva. Unfortunately the dress ended up a complete disaster both in construction and in fit. I hated it so much that I didn’t even take a single picture of it. to be fair, big part of the problem was the fabric, which was initially purchased for a different, more appropriate project. I did love it though, and as soon as I saw the Cielo top, I hoped that the dress would transform into it. And Alteritagust, gave me the motivation that I needed to go for it. 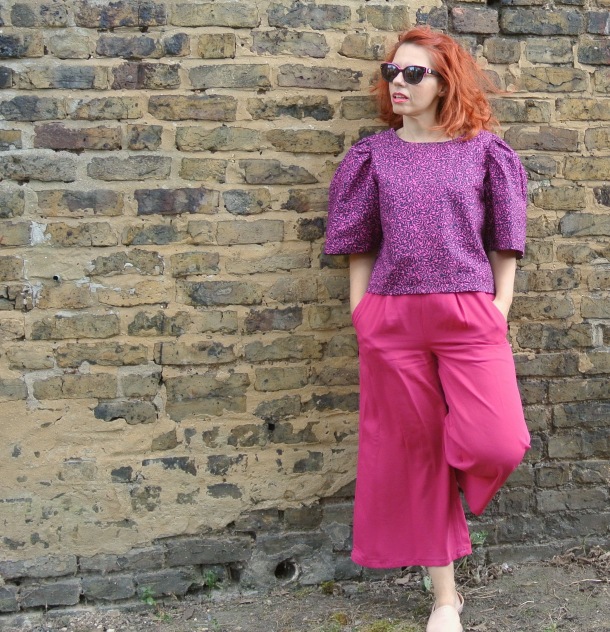 I was dying to try the lantern sleeve option so this was the one I sewed first. Although I liked it on the hanger, but when I put it on, I was terrified by the look of the sleeves. They seemed huge and I felt at best like a rugby player. 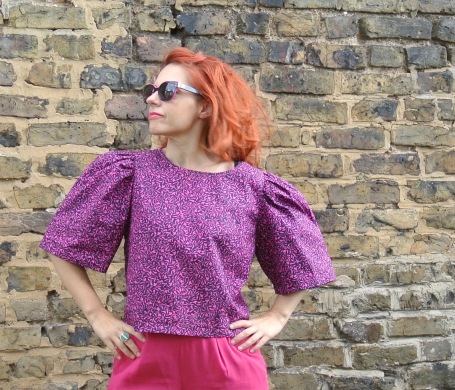 However, after pairing it with different items in my wardrobe, it grew on me and two weeks later, it’s become one of my favourite items. 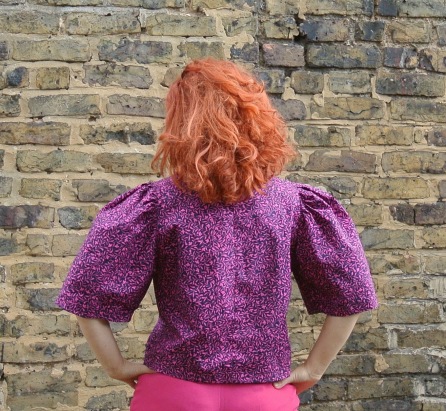 It was a bit of a puzzle construction at points, but there was enough fabric for most of it. i have finished the hem and the sleeves with a bias tape that’s been in my stash for much longer than I can remember. 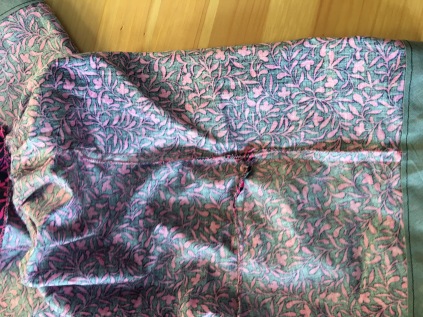 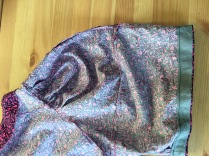 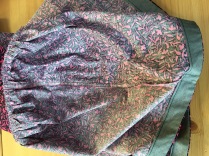 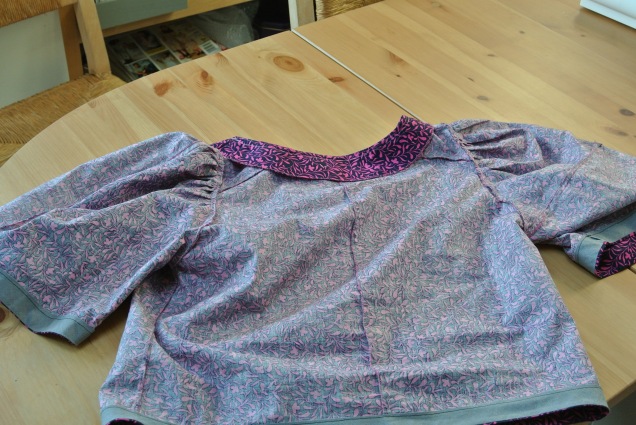 Following that and being really inspired by alteritaugust, I used an old curtain to create the version with the short sleeves. This was a dream to sew, since I had already done it once. With the help of some fabric paint, I added some splashes of colour in an attempt to recreate an outfit 11 of Stranger things tries on briefly, while at the mall. 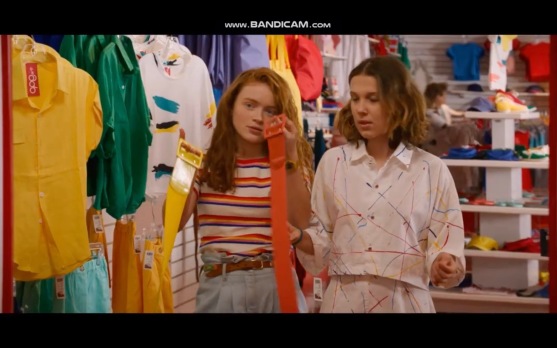 I had so much fun making this and I had to stop myself from pairing it with a skirt from the remaining curtain, to copy the complete outfit, haha! 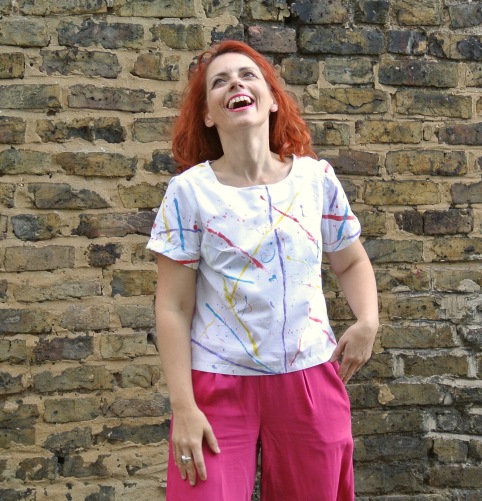 Although a simple top, it has some lovely details like the cuffs of the short sleeves. 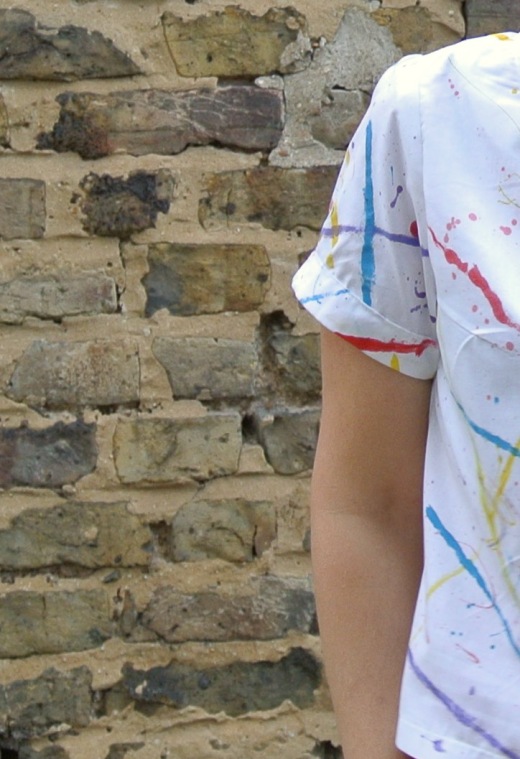 The neckline facing, that is probably one of the few facings I am pleased with and the back shoulder pieces, which you may not be able to see in any of my two versions due to the pattern of the fabric. I have hemmed this version properly. For both versions I went down a size from that corresponding to my actual measurements. I like a boxy top but I don’t like it when there is too much of a box around me. I probably need to go down one more size at shoulder/neckline as it is a bit too loose on that front but not especially noticeable. 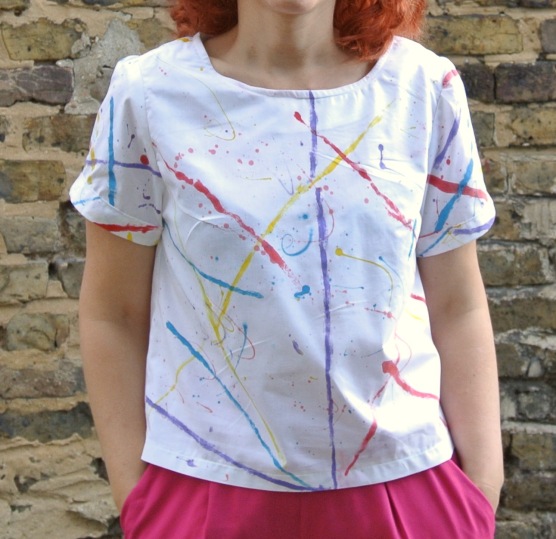 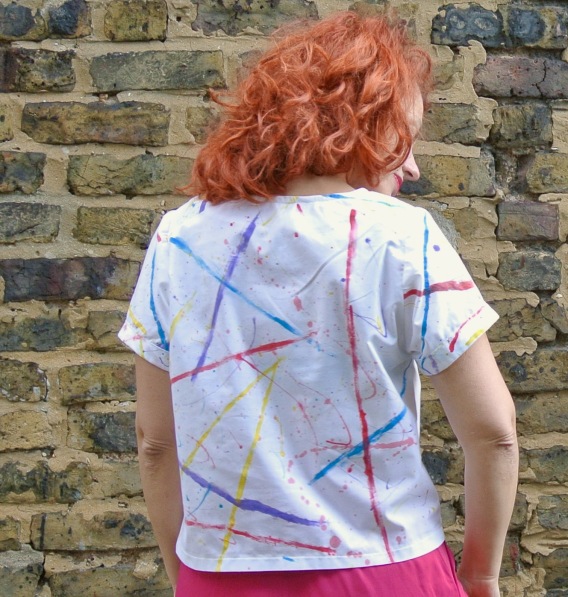 Since I’ve mentioned Maison Victor here and although this started life as a solid fabric with the intention of making the Bruna Blouse. I asked in my instagram stories what you thought I should sew with it and two of my friends suggested different types of dresses. To be honest, I wasn’t really sold on the idea. This is a very busy fabric and I didn’t think it would look good on me as a dress. Nevertheless, I went ahead with one of the suggestions, secretly to also prove me wrong. I made two versions of a similar dress which I hated, so went back to plan A and sewed the Bruna Blouse. 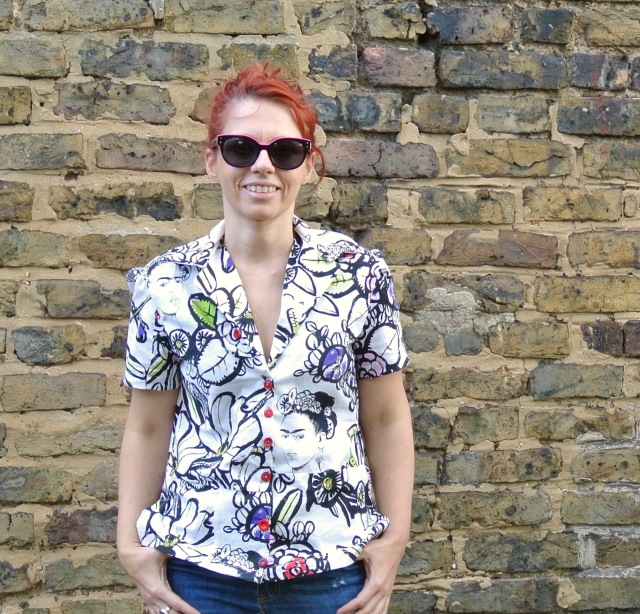 The collar needs a bit of work I grant you, but at this point I have already sewn it three times, so I will have to fix it at a later stage. 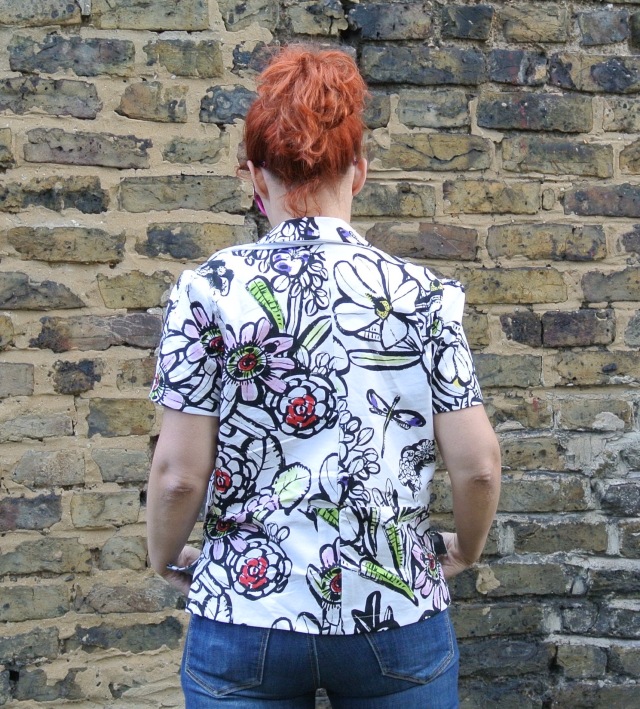 Again you will see that due to its previous incarnations there weren’t long enough pieces to accommodate the pattern, so I resorted again to my favourite method of puzzle construction, haha! I think it’s far from perfect but it is acceptable for me and I really like the look of the shirt, which I have already worn. 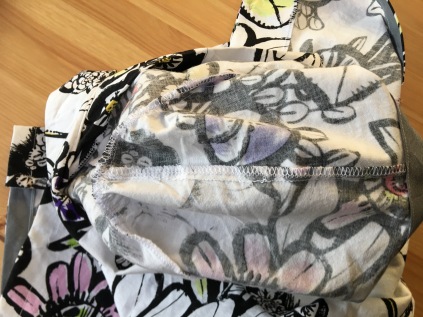 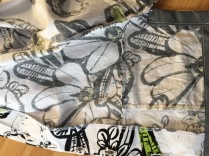 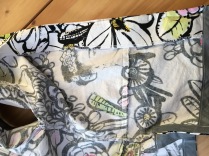 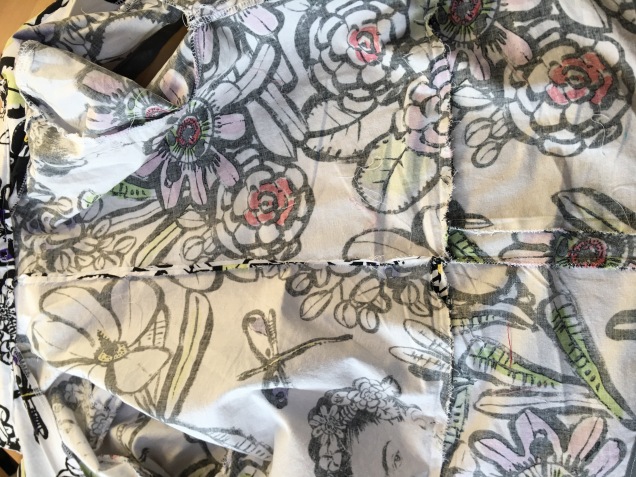 I didn’t sew the side seams all the way to the bottom but decided to leave them open on the sides as a design feature. I have finished the hem and the sleeves with the same bias tape as the cielo top. 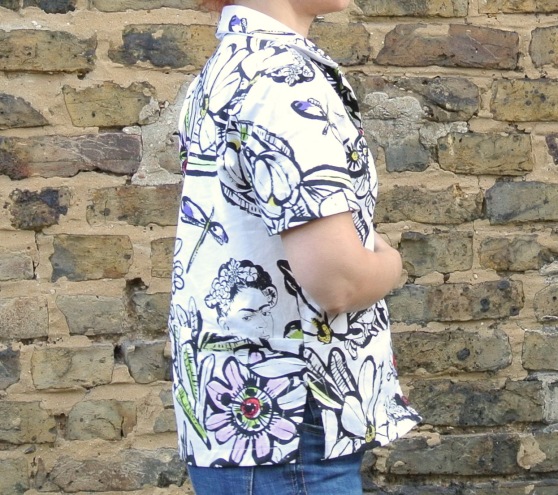 I didn’t submit this for alteritaugust, but again, it was the challenge that really pushed me to finish this one too. Mending and altering garments was very satisfactory, even more so than sewing something from scratch and I’d love to carry on doing this kind of sewing for longer than the 30 days of last month, because i may not have a big fabric stash, but I have a huge pile of clothes that either need mending or could be refashioned into something more wearable. Watch this spot. 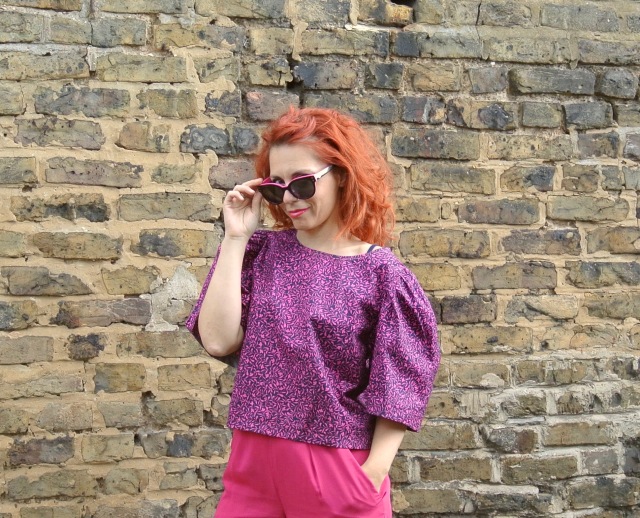 I'm Vasi, Greek living in the U.K. I wouldn't call this blog my sewing journey but an attempt to make and do the things that make me happy, sewing being one of them.
View all posts by delightfullypeculiar →
This entry was posted in sewing and tagged alteritaugust, bruna blouse, cielo top, closet case patterns, handmade, la maison victor, refashion, rome collection, sewing. Bookmark the permalink.

2 Responses to Cielo Top, Alter it August and Bruna blouse